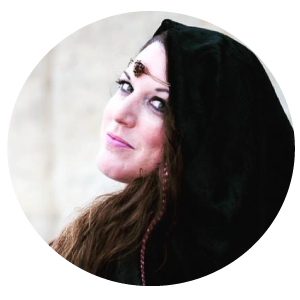 Ariella Indigo is a Wayshower for MULTIdimensional Consciousness who serves the MULTIdimensional HUman community by helping fellow star seeds, sensitives & lightworkers to fulfill their divine missions and evolve on their ascension paths.

After receiving a massive activation at age 36 which resulted in embodying her soul and opening up to the galactic, Ariella then went through a 2 year inner alchemic transformation whereby her soul consciousness merged with over 1000 beings in her spiritual lineage. The lineage, which contains many divine alchemists, geneticists and physicists, work through Ariella to bring forth DNA activations, DNA re-programming, healing and higher guidance to help advance others on their ascension paths.

As an embodied channel for MULTIdimensional consciousness, Ariella’s role on this planet is to catalyse and guide all those who are ready to go on the mythic journey across the bridge to soul freedom and face their shadows to unlock their unique gifts and higher missions. Ariella serves as an Oracle to those she works with; to be their eyes, ears and compass on their sacred quest to reclaim their sovereignty and bring heaven to Earth.

Ariella lives with her beloved Twin Flame, Aeythen and their ancient canine companion just outside the global energy hotspot of Glastonbury in the UK. She has a very ‘down to Earth’ feel to her energy thanks to previously working for 16 years as a high flying Business Manager in Corporate, working for some very well known Blue Chip global brands.